YOUR BUSINESS MAY REQUIRE REPLACEMENT SERVICES

For information on all voice, VoIP, and UCaaS solutions, call NEW BREED today

The fate of Windstream Holdings Inc. was cast into doubt after a court ruled that the rural phone company defaulted on its bonds in 2015 by spinning off Uniti Group Inc. Windstream shares fell as much as 43 percent in extended trading.

The ruling on Friday in Manhattan federal court is a victory for New York hedge fund Aurelius Capital Management LP, which contends that the deal unfairly stripped bondholders of assets that back up their investment. Windstream, which serves about 1.4 million consumers and small businesses in 18 states, has warned that a defeat could force it to seek bankruptcy protection or liquidation.

Actions by the company’s Windstream Services unit breached covenants of bonds it issued, and Aurelius is entitled to a $310 million judgment, Judge Jesse Furman said in the decision. Little Rock, Arkansas-based Windstream said in a statement that it was pursuing options including an appeal.
“We are disappointed in, and frankly surprised by, the ruling and will be taking immediate steps to pursue all available options, including post-trial motions and an appeal,” Tony Thomas, Windstream’s president and chief executive officer, said in the statement.

Surprise Verdict
With the company looking to appeal “any consequences are unlikely to happen in the very near term,” said Matthew Dolgin, an analyst who follows Windstream for Morningstar Inc. “If the verdict was upheld throughout all potential appeals, we think there is a reasonable probability that Windstream would be forced into bankruptcy.” Customers probably won’t notice major effects, with the company more likely to reorganize than liquidate, Dolgin said.

Furman also dismissed Windstream’s counterclaims against Aurelius, saying that the company’s “financial maneuvers — and many of its arguments here — are too cute by half.”
Investors had been waiting for a verdict for months following a trial that ended in July, with repeated assurances from management that Windstream was confident it would get a favorable verdict. “We clearly look forward to getting that, so we can get on to refinancing the balance sheet,” Chief Financial Officer Robert Gunderman said at a Dec. 5 investor conference.

Tenacious Opponent
Aurelius, led by Mark Brodsky and known as one of the most tenacious distressed-debt investors, has been pressing for immediate repayment on Windstream bonds it holds. The fund stands to profit on any notes it bought at a discount, and possibly derivatives known as credit-default swaps that pay off if a company fails to honor its debts.

That could happen because the default ruling may entitle holders of other Windstream bonds and loans to demand immediate repayment, too, a scenario that could leave the company insolvent.
The case began in 2017, when Aurelius alleged a default on Windstream’s 6.375 percent senior notes due 2023. The hedge fund held more than 25 percent of the notes affected, with more than $310 million estimated at stake in principal and interest.

At the core of the dispute is how Windstream handled the transfer to Uniti of assets including miles of copper wire and fiber optic cables. Aurelius and the trustee, U.S. Bank National Association, say the deal constituted a sale and leaseback transaction, which was prohibited by the indenture on the notes.

Aurelius will confer with the other parties involved and draft a proposed judgment by Feb. 25, according to the ruling.
The case is U.S. Bank v. Windstream Services, 17-cv-07857, U.S. District Court, Southern District of New York (Manhattan).

What is their super power?

In Dialpad’s own words:
Here at Dialpad, we feel we have a compelling opportunity to disrupt the space together with Dialpad's pure cloud, innovative technology.  Customers will improve their end user experience and productivity through Dialpad's AI-powered communications platform for the modern worker.

Posted by Unknown at 3:02 PM No comments: 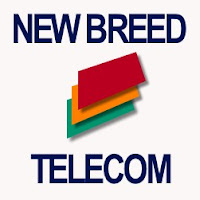 Who is Cogeco Peer 1?

• trusted partner to businesses small, medium and large, providing the ability to access, move, manage and store mission-critical data worldwide, backed by superior customer support
What is their super power?
• genuine choice and flexibility
• international reach
• deep technical expertise
• unshakeable human support
In Cogeco Peer 1 own words:
At Cogeco Peer 1, we enable businesses to unlock their potential. How do we do it? By helping customers design, build and manage hybrid IT solutions optimized for their business. Enabling them to focus on what matters most: powering transformation, driving growth and delivering exceptional experiences to their customers.
https://www.cogecopeer1.com/
Posted by Unknown at 10:59 AM No comments:

Overview
RapidScale is a global provider of managed cloud computing and application solutions for the SMB and Enterprise markets. RapidScale offers a unique managed cloud approach that complements any organization’s current IT efforts. With a global presence, enterprise-grade infrastructure, and a team of highly knowledgeable cloud experts, RapidScale provides the most comprehensive cloud solutions available in the industry. Rapid-Scale’s team of experts is available at every stage of the process, from designing a custom cloud roadmap to complete account management.

Qualifying and Technical Questions
How many users are in your organization?
How many physical servers do you have today? Are they due for an upgrade?
What are your server specifications (Core/CPU, RAM)?
Which Operating System are you running?
What applications are you running today?
What is your current backup solution?
What is your current Disaster Recovery and Business Continuity plan?
What is your RTO and RPO?
Does your organization have compliance requirements?
Do you want to implement BYOD?
How do users share files today?
What version of Exchange are you on today?

A once-in-a-generation transition to cloud communication is imminent.

Cloud
When you think cloud, you think NEW BREED TELECOM.  We give our partners access to the most advanced cloud solutions, spanning across all desired architectures, including IaaS, UCaaS, DRaaS, DaaS, BaaS and many more “X”aaS offerings. NEW BREED TELECOM has sought out the top cloud providers in the industry and our cloud portfolio is best-of-breed.

Connectivity
NEW BREED TELECOM has been helping the channel sell connectivity solutions since the first day we opened our door. We offer fiber, DIA, MPLS, Managed WAN, Managed WIFI, network security services, direct connect to hyper-scale data center like AWS and Azure. And we’re the leader in next generation connectivity such as SD-WAN.

Security
Security is one of the fastest growing segments of the technology market.  It's complex and the stakes are high.  Fortunately, NEW BREED TELECOM can help you understand customer requirements and today's threat environment, then architect the right security or SECaaS solution to meet any customer’s security needs. From network security to ID management, to secure access, we have a portfolio to help your customer.

Unified Communications
NEW BREED TELECOM has every Unified Communications (UC) provider in the Gartner magic quadrant available to meet your customer’s needs and a few more to meet those special requirements only a few vendors can provide. Our experience in selling Unified Communications as a Service (UCaaS) solutions is unmatched in the channel. We truly are the experts. We cover basic telephony, video, conferencing, collaboration, contact center and more. Our UCaaS providers can meet both domestic and multi-national customer needs.

Public Cloud
Your customers want public cloud solutions like AWS and Azure. Many partners struggle to monetize these products.  NEW BREED TELECOM can help. Our portfolio of partners not only helps deliver these offerings, but also show you a model that will optimize your profitability on these deals.

In a February 2015 survey by Gartner, 95 percent of respondents reported that something was wrong with their public cloud. Our partners help to make public cloud right!

Our technical expertise, vendor partnerships and operations team give our customers best in class support.

A single partnership to handle order processing and post-sales support to achieve the best user experience. We’re the powerhouse behind you to source, install and provision best of breed technologies that help you grow.

Our partnerships allow for the largest and best pre and post sales operations available to you at no additional cost. We take care of everything while you focus on growth.


OUR PROCESS
Enjoy new services, reallocate resources to underserved needs, build on efficiencies and save money.

• Ensure install is timely, accurate and fulfills on promises

Posted by Unknown at 1:41 PM No comments: 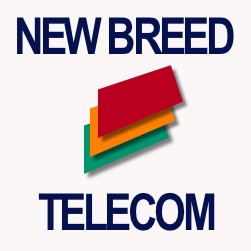 
• How many full-time employees are at your business?

• Are your employees, including executives, trained on cyber security?

• How many remote users do you have and what are the security measures in place for them?

• What specific security measures are in place before employees can access your IT infrastructure?

• What pieces of technology or what services do most of the heavy lifting for your company when it comes to security?

> Who manages that? Why?

• What types of threats is your network currently facing?

• When was the last time you were audited?

> What was the result of your last audit (if applicable)?

• When was the last time you completed a security assessment?

• Do you have an incident response plan?

> If yes: Tell me how you created that to be specific to your end users, your industry, and your customers. If no: Why not?

• Do you have any specific concerns, such as changing IT security and compliance regulations? If so, which ones?

• What regulatory requirements or compliance standards is your organization subject to?
> Does your network meet those standards, if not, tell me more about where it is lacking?

• Have you experienced any public or known business challenges, such as a data security breach or major outage?

• Do you have a disaster recovery (DR) or business continuity (BC) strategy in place?

• What is the state of your company’s current cybersecurity strategy and plan?

• What is the process for selecting the security solution or tool to address your cybersecurity challenges?

• With data breaches consistently on the rise, do you feel comfortable that any confidential data that resides on your infrastructure is completely secure?

• What should I know about your company’s environment when it comes to security that we have not already discussed?